Samsung Mobile Bangladesh is one of many branches of the Samsung Mobile sector offering customers all the latest features and technology can be offered through a smart phone. Though Samsung’s mobile department did not necessarily take off immediately, it eventually rose through the ranks to become a leading manufacturer of mobile and smart phones today. Continue reading to learn about the history of Samsung’s mobile department and some of the best phones offered by Samsung Mobile Bangladesh. 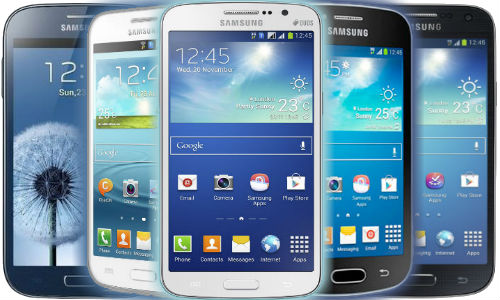 A History of Samsung Mobile :

Samsung is a company that has been around since 1938, though their interests were in textiles, retail, security, and food items for about three decades. It was in the late 1960s that they would make their move into consumer electronics and more time would pass before their first phone. Samsung made its first step into the mobile phone arena in 1983. Much of their earlier work was similar to that of the Motorola company, but with adjustments to common problems with the phones. They developed a built-in car phone in 1986, though this was a complete failure from the start. Fortunately, it took just two more years before the first mobile phone by Samsung was developed, a handheld that would be manufactured in Korea.

The downside to Samsung’s early mobile history is that they were not incredibly popular. They had not yet gained trust or popularity among electronics consumers that they would develop in the following decades. It was perhaps their slow start in the field and the current level of competition that led to their slow sales. In the earliest years of Samsung mobile, only 1-2,000 phones were sold annually.

Samsung started to change its lineup in the early 2000s, not to be pushed back by their slow sales. It was the development of their first smart phone- the Samsung Galaxy- that would start to catch the eyes of the mobile consumer. This was widely accepted by the mobile market and aside from a lack of a firmware update, it was a success. Samsung would take the consumer complaints and use it to manufacture later models. One of its most successful earlier versions of mobile smart phone was the Galaxy S1, a follow-up phone that would sell around 24 million units in its first three years in the mobile industry. 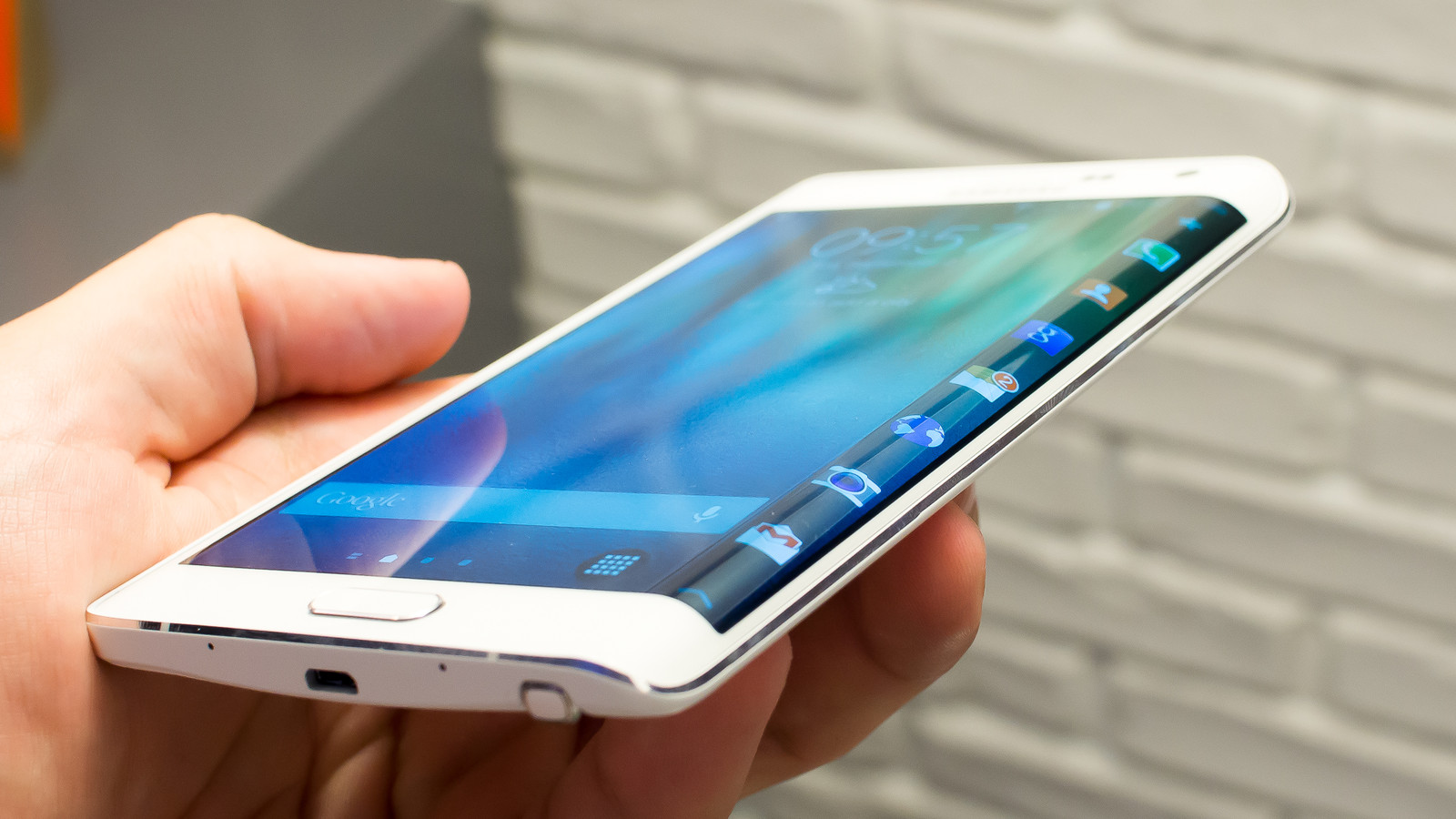 Here are some of the best, newest, and most popular phones from Samsung Mobile Bangladesh, along with their specifications and prices. 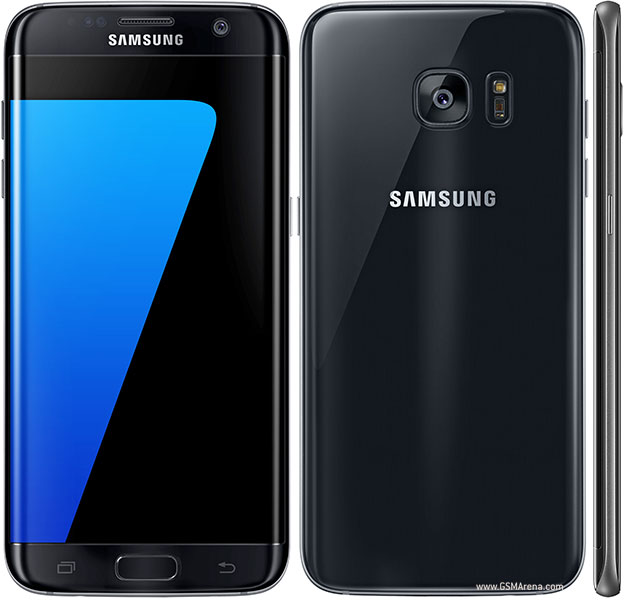 This Android 6.0.1 phone has a 4GB RAM, 32GB internal storage, and is compatible with a 200GB microSD card. It is water resistant, has Bluetooth and wireless capability, and features a 5.1 inch AMOLED display with incredible graphics. It costs 74,900 BDT price in bangladesh . 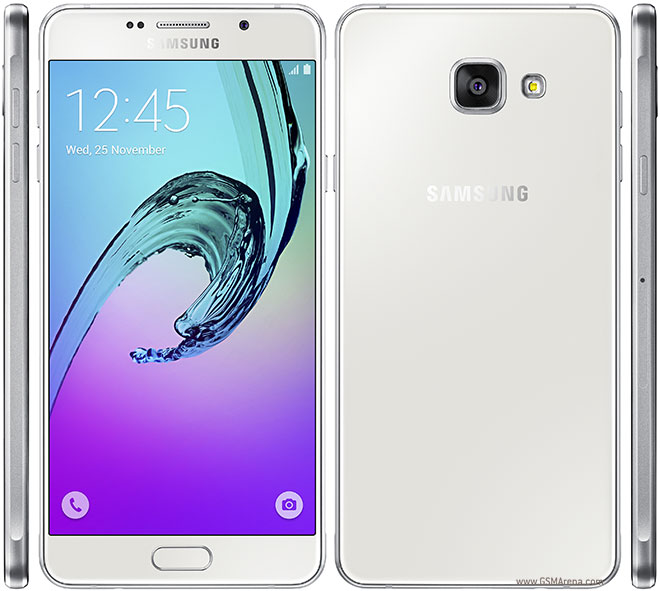 2) Samsung Galaxy A7 specification and price in bangladesh

This sleek glass and metal phone features a super AMOLED 5.5” display and incredible color depth. extremely lightweight and surprisingly thin. This model has a charging port that uses a USB 2.0. It has 3GB RAM, 1.6GHz CPU processor, and uses Bluetooth v4.1. It costs 36,900 BDT price in bangladesh . 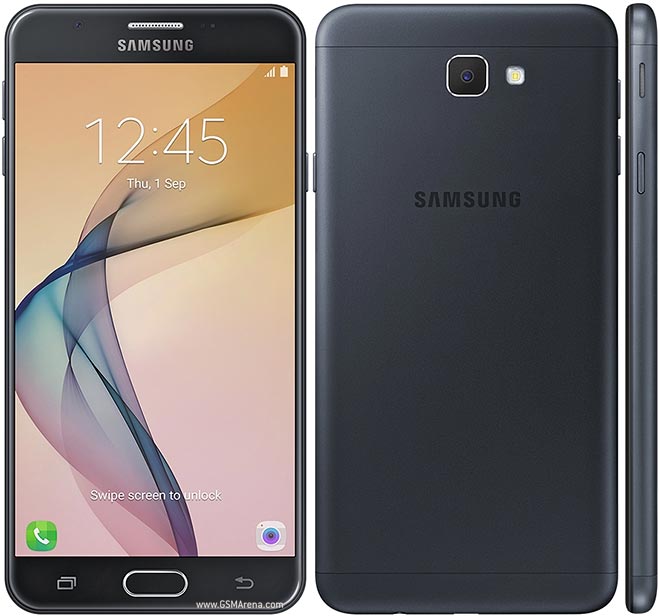 This powerful phone features Bluetooth and Wi-Fi connectivity, a 6.0.1 operating system, and an Octa-Core CPU that operates at 1.6GHz. Including a fingerprint scanner to unlock your phone. Front camera has a resolution of 8 megapixels. A rear camera, with 13 megapixels, is equipped with flash and auto focus. The J7 Prime is available and black and gold colors. It has a long battery life compared to many others and costs 23,900 BDT price in bangladesh. 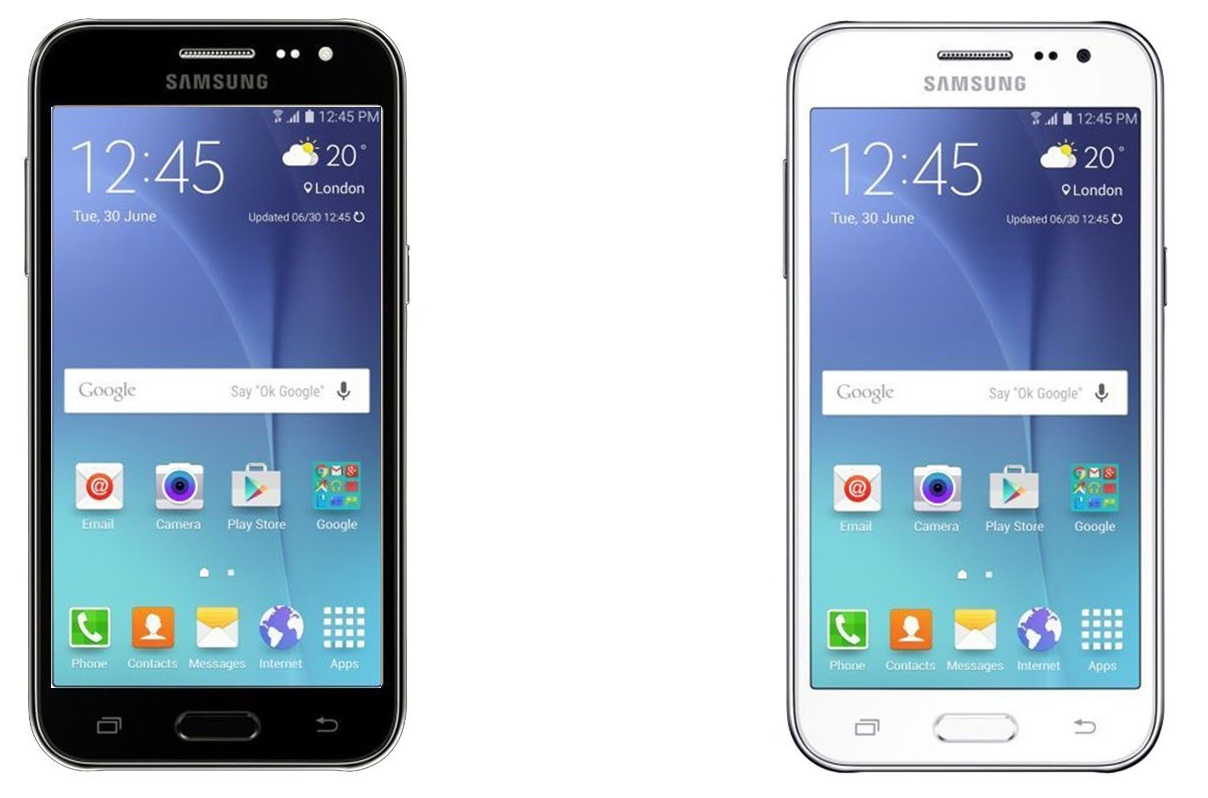 This 6.0.1 Android phone has a 5.0” screen, 1.5GHz Quad-Core processor, and a Super AMOLED main display. It has Wi-Fi and Bluetooth capabilities and a 2.0USB and 3mm audio jack connectivity. The removable battery inside the Galaxy J2 has an outstanding talk time lifespan up to 14 hours. The price is 12,990 BDT from Samsung Mobile Bangladesh. 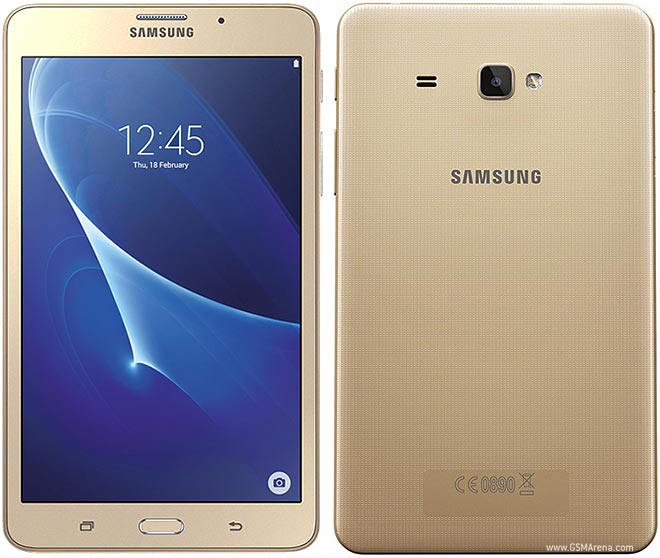 This phone is your one stop for entertainment needs. It offers 1280 x 800 resolution on a 7.0” screen, compatibility with many audio and video formats, and offers external storage of up to 200GB so you can store all of your entertainment. It costs 16,900 BDT price in bangladesh. 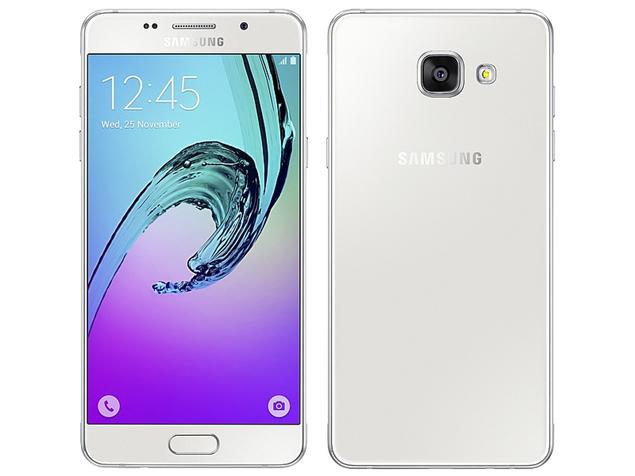 6) Samsung Galaxy A5 specification and price in bangladesh

This dual-SIM phone features an Android 5.1.1 operating system, a 1920 x 1080 resolution and a 5.2” screen. It features a sleek design that features Bluetooth v4.1 and Wi-Fi Direct connectivity. Its battery life is long compared to others and this phone costs 29,900 BDT price in bangladesh.

This phone features an Android 4.4.4 operating system, Bluetooth and Wi-Fi connectivity, and a Super AMOLED 4.3” screen. It is compatible with many audio and video formats and has external memory up to 128GB. This phone costs 7,990 BDT price in bangladesh.

This is one of the more popular simple phones from Samsung Mobile Bangladesh. It features a 2.4” display, a back camera, and Bluetooth connectivity. It offers simple talk and text, picture taking, and audio playback of your favorite music for just 3,990 BDT price in bangladesh

When you do not need something complicated and just want to call and text, this is a good choice. It features 4MB RAM and a 1.5” display, as well as audio playing capabilities. The Keystone3 is also affordable, Samsung Keystone 3 price in bangladesh  1,590 BDT.

Samsung Mobile Bangladesh gives you access to the performance, capabilities, and innovation offered through Samsung mobile phones. Whether you require a simple phone to call and text or an advanced Android smart phone that can operate beyond your wildest dreams, you can find them at fair prices through Samsung Mobile Bangladesh. Each phone in their collection is handled with care so it is in brand new condition. Additionally, knowledgeable employees can walk you through problems and even guide you in choosing the best Samsung Mobile phone for you.

Samsung Mobile is a company that has been around since the late 1960s, though they did not gain popularity and trust from electronics consumers until the early 2000s. Their new and popular Samsung phones are available through many outlets, including Samsung Mobile Bangladesh.

SYMPHONY I50 PRICE IN BANGLADESH 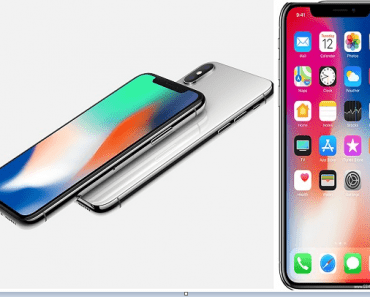 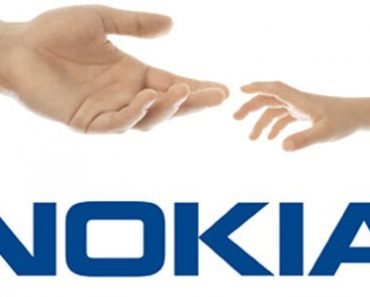 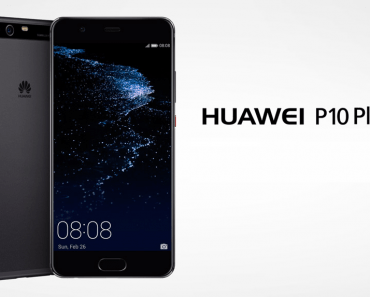 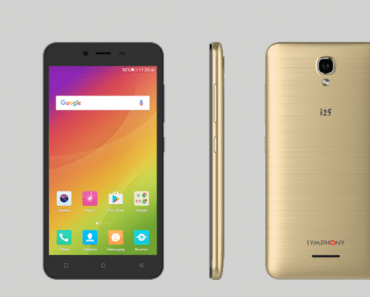 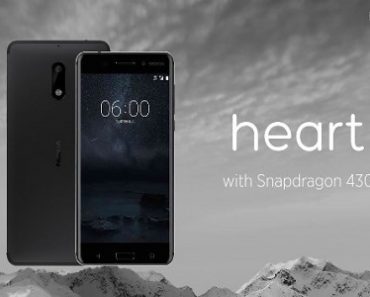 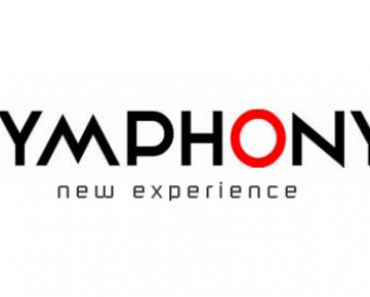